The History of the Kaiserschmarn

In our section 'Did you know…' we take you through the kitchen of Austria. And to the origin of the world famous Kaiserschmarnn. Naturally available in our Bistro De Stube, but also very easy to make yourself.

The origin of the dish is often explained by the legend that Emperor Franz Joseph was served a woodcutter's schmarrn during a hunt in the Salzkammergut (an area east of Salzburg). It was specially prepared for him with the best ingredients, such as milk, raisins and eggs. Thus, from a simple dish, the kaiserschmarrn was born.

Kaiserschmarrn is a sweet Bavarian/Austrian dish. It is a light, caramelised pancake, which is roughly chopped and traditionally served with a kind of plum compote (Austrian: Zwetschenröster) and powdered sugar and is one of the most famous Austrian dishes.

Kaiserschmarren are made by mixing flour, egg yolks, sugar and milk into a smooth and thick liquid batter. Then stiffly beaten egg whites are added and the batter goes into the pan. It is sprinkled with raisins and baked at the bottom, just like a pancake. The dough is cut into small pieces during the last part of the baking process with a wooden ladle or spatula. There are now countless varieties, such as Weichselschmarrn (with cherries) and Topfenschmarrn (with cottage cheese). Actually, any type of fruit and berries can be used. Are you getting hungry yet? Of course you can also order or eat the Kaiserschmarn in our Bistro The Stube during your stay at Golden Lodges Rauris. 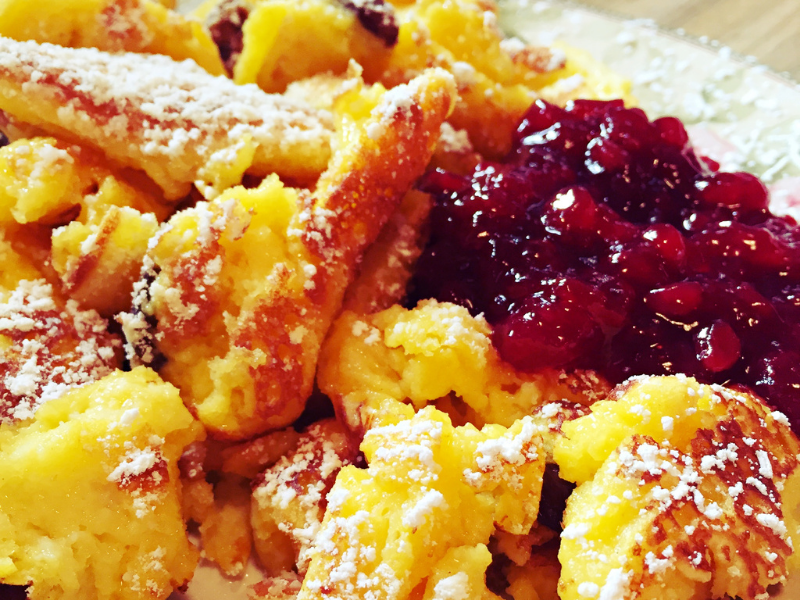 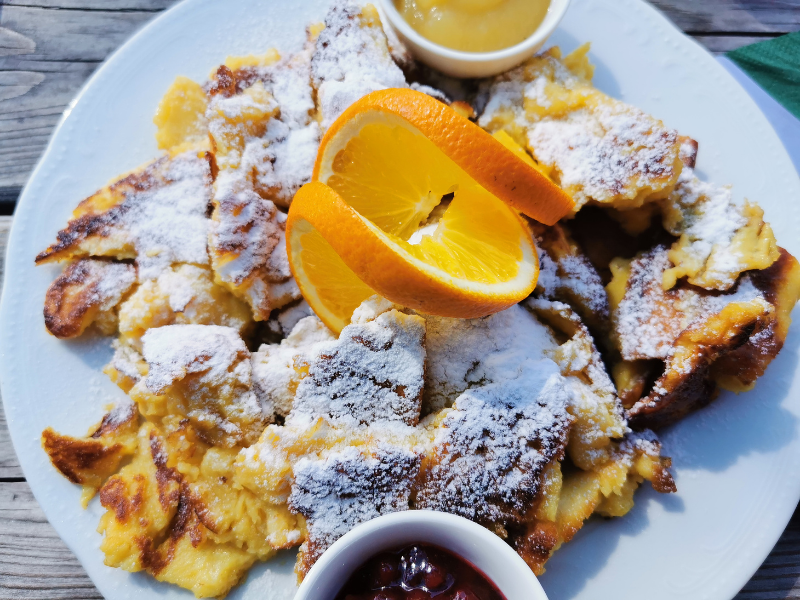 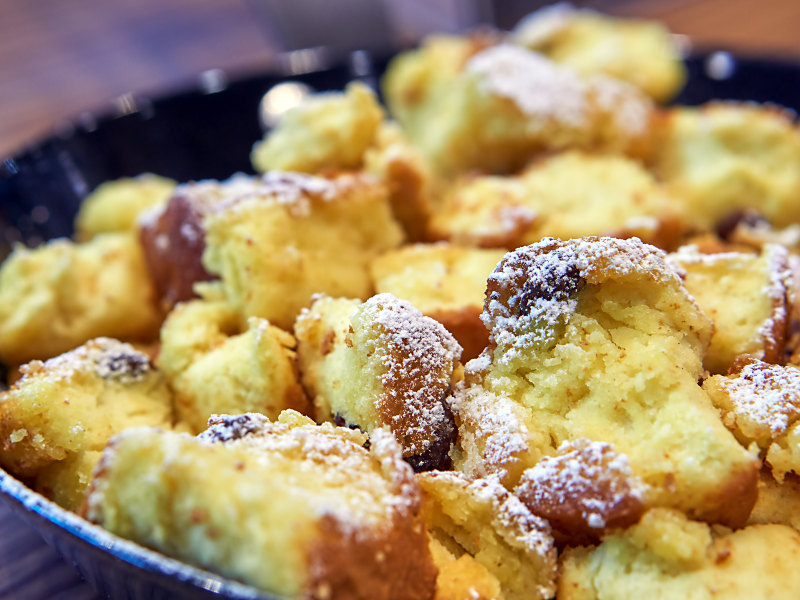 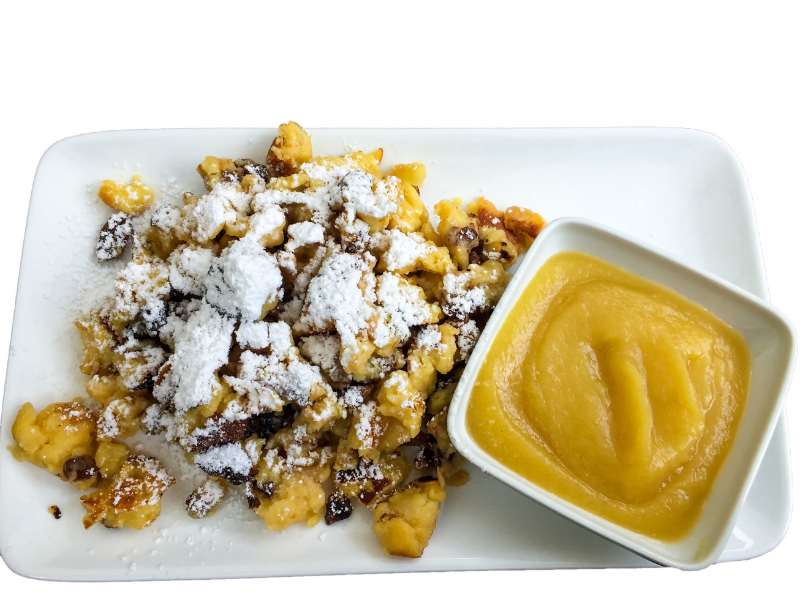